Are entrepreneurs born or made? Should people be genetically predisposed to become an entrepreneur ? The question has been debated for years with each side holding on to its own. But new scientific evidence may have tilted the scales slightly in the “born” favor. That is what the study by Scott Shane, professor of entrepreneurial studies at Case Western Reserve University and researchers of The Department of Twin Research and Genetic Epidemiology at Kings College, London finds.

Findings of this study are interesting.

The studies, which by no means are complete and have lots of scope for further findings, do, however, give a glimpse into how genetics determine key traits that are important for entrepreneurial success. This might throw light on the observation that many people who inherit businesses from their parents continue to run them successfully.

Professor Shane’s and other such studies have divided the two camps even further, with the “born” camp pumping their fists and the “made” camp being wary of the studies. But what universally agreed upon are the personality traits that are more favorable for entrepreneurship.

Experts say that genetics is not the whole thing. Experience, knowledge, training and environment also count. Professor Shane, however, did admit that linking aspects of a process as complex as business with the biological perspective is very young and the information they had was limited.

The “We Told You So” camp

James V. Koch, board of visitors professor of economics and president emeritus at Old Dominion University in Norfolk, VA, says that you can’t teach anybody to take risks, which he argues is the most important trait of an entrepreneur.

It has to be hard-wired in an individual. He says that 60% of the critical personality traits are heritable. Even Professor Shane’s studies indicated that traits like willingness to take risks and the ability to tolerate ambiguity and thrive in uncertainty are heritable.

Julian Lange, senior professor of entrepreneurship at Babson College in Wellesley, Mass., says that there are no “natural entrepreneurs” and that his experience tells him that entrepreneurship can be taught. His own research suggests that education positively influences people’s intentions to become an entrepreneur.

Professor Lange also disagrees that risk taking is a key trait for entrepreneurs. According to him, taking risks that you can respect is important. He goes on to say that most entrepreneurs don’t take risks for the sake of taking risks, but will take it if it is in the best interests of the business.

The jury is still out on whether entrepreneurs are born or made. While studies do show a correlation, the researchers themselves indicate the need for more studies before they can conclude that genetics is the key behind entrepreneurship.

While most successful entrepreneurs may show a similar set of traits like egocentricity, passion, inclination to take risks, enjoying work deeply, competitiveness, inquisitiveness and an analytical bent of mind; these would come to naught if they are not tempered by the right set of skills, education and experience, along with the ability to recognize and shape opportunities.

External factors such as upbringing, culture, education and many others could well play a role in someone becoming a successful entrepreneur. The factors whose genetic basis was researched might help an entrepreneur to perform and accomplish tasks efficiently while being under severe stress. But there is much more an entrepreneur needs to do to succeed.

The ability to be capable to do work beyond one’s capacities, in a limited amount of time   with limited resources, with no guarantee of success and to deal with failure and to get up after every fall, holds the key to being a successful entrepreneur.

Not all entrepreneurs succeed. The same “heritable traits” that make them inclined to be entrepreneurs can cause their downfall. Their loathing of consensus decision making, their violation of status quo and inability to gracefully accept defeat or losses can prove fatal for their ventures.

The studies indicate that a person may be “genetically-inclined” to become an entrepreneur and succeed in business. Genetics do not guarantee you automatic success in entrepreneurship. It also means that if you do not have the “right genes” for an entrepreneur, it does not mean that you won’t be successful.

David K. Williams, “innate” entrepreneur and CEO of Fishbowl, an inventory-management software company, has a fascinating point of view. He says that being raised by “entrepreneurial parents” is the best thing that can happen to children. It trains their mind to be entrepreneurial, regardless of whether they start a company or not.

Monica Mehta, author of “The Entrepreneurial Instinct: How Everybody Has the Innate Ability to Start a Successful Small Business,” says that an entrepreneurial instinct is the “mental toughness required to make something from nothing. It is the ability to take smart risks, thrive in ambiguity and bounce back from failure.”

Entrepreneurship is not a thing; it is an evolution. It is a process that has to be refined every step of the way. To the real entrepreneur, it is the journey that excites. He may reach his set goal and still look forward to the challenge of achieving further goals. Simply inheriting the right traits does not ensure entrepreneurial success; these traits need to be utilized to develop the right skills for succeeding.
About author:
Dipti Parmar is the Publication Strategist & Account Manager at Preceptist. She’s been journeying through the world of Digital Marketing for more than six years and is a blogger and networker.

What Entrepreneurs Should Know About Reading 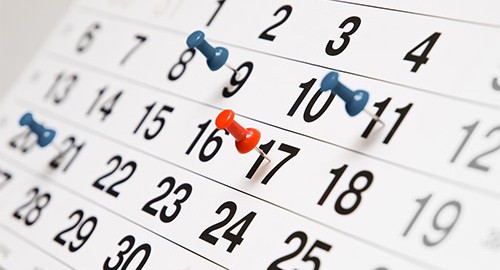