In one of our previous articles about BPM we briefly touched upon various business process modeling techniques. And as promised here’s a more detailed look at various BPM techniques and how to make use of them effectively.

Business process modeling is mainly used to map a workflow so you can understand, analyse and make positive changes to that workflow or process. Usage of diagram helps you to visualize this process and make better decisions.

Use the below table to quickly navigate to different techniques.

Lest start with the latest techniques.

Simply put BPMN is a graphical representation of your business process using standard objects. If you want to get more technical It can also be defined as a set of graphical objects and rules defining available connections between the objects.

Creately has a separate library with the latest BPMN 2.0 object included in the library. Plus you get intelligent grouping elements, professionally designed BPMN templates and much more. Check out how Creately makes it easier to model using BPMN.

The biggest advantage of BPMN is that it’s a standard with well-defined syntax. So many business analysts are familiar with it which makes collaboration much easier. Also, most modeling tools support BPMN which makes it much easier to share and edit if even using different software. All these together makes BPMN the most popular business process modeling technique at the moment. Click here to start creating any complex BPMN diagram.

A process modeled using BPMN that has swimlanes

UML is a modeling language mainly used for specification, visualization, development and documenting of software systems. But business professionals have adapted it as a powerful business process modeling technique.

With 14 different UML diagram types, it offers a flexible and powerful way to visualize almost any business process. They are typically used for modeling the detailed logic of a business process. In many ways, UML diagrams are the object-oriented equivalent of flow charts.

As mentioned above one of its main advantages is its flexibility. But with 14 different diagram types, some might find it difficult to understand the diagrams. Add to that the same process can be modeled using different UML diagrams. So probably not the most popular choice among analysts.

Our UML software supports drawing of all UML diagram types. We have templates, separate libraries for various UML diagrams and knowledge article to guide you through the process. Click here to start drawing UML with Creately >>

Flowcharts are probably the most popular diagram type in the world. Because it has few standard symbols it can be easily understood by many. Simplicity makes it powerful and an effective tool.In fact, BPMN can be considered as an advanced version of the basic flowchart technique. Also, most drawing software support creation of flowcharts it is used by a much wider audience as well.

Flowchart uses a sequential flow of actions and does not support a breakdown of the activities. The Flow Chart model is possibly the first process notation. It has frequently been used over many years although there is no exact date for its origin.

You can use our flowchart software to easily come up with a professional flowchart.

Data flow diagrams (DFD) show the flow of data or information from one place to another. DFDs describe the processes showing how these processes link together through data stores and how the processes relate to the users and the outside world.

They are used to record the processes analysed as a part of the design documentation. A DFD can be seen as a method of organizing data from its raw state. DFDs are the backbone of structured analysis that was developed in the early sixties by Yourdon.

Roles are abstract notations of behavior describing a desired behavior within the organization. They are often organizational functions. They also include software systems, customers and suppliers. RADs provide a different perspective of the process and are particularly useful in supporting communication. They are intuitive to read, easy to understand and presents a detailed view of the process and permitting activities in parallel.

Activities are connected to roles in a type of matrix. Activities are shown vertically on the left axis and the roles are shown horizontally at the top. Text and symbols are used together in order to represent the process.

Although slightly more complex than flow diagrams, RIDs are fairly intuitive to understand and easy to read but they tend to be messy, with many arrows pointing left and right and are therefore quite hard to build.

Inputs to and outputs from the activities are not modeled. Therefore, important information is lost. RIDs are not as flexible as flowcharts, for example. They have quite rigid notation. But compared with other modeling techniques, RIDs are nevertheless flexible. They can be drawn using an Activity Diagram Tool

Gantt charts relate a list of activities to a time scale. Although it can be used to represent a process graphically it’s strength lies in the ability to monitor the current situation, project timeline, and resource allocation. Although things like dependencies can be highlighted in it the modeling part is severely lacking. Probably the reason why it isn’t popular anymore. If you’re using to monitor timelines then you’ll be pleased to know Creately supports drawing Gantt charts.

A Gantt chart is a matrix that lists on the vertical axis all the tasks or activities to be performed in a process. Each row contains a single activity identification, which usually consists of a number and a name. The horizontal axis is headed by columns indicating estimated activity duration, skill level needed to perform the activity, and the name of the person assigned to the activity, followed by one column for each period in the project’s duration. Each period may be expressed in hours, days, weeks, months, and other time units. In some cases, it may be necessary to label the period columns as period 1, period 2, and so on.

Gantt charts are used for time lines in processes

IDEF is a family of methods that support a paradigm capable of addressing the modeling needs of an enterprise and its business areas (IDEF, 2003). The IDEF family is used according to different applications. The most important parts are: IDEF0, IDEF1, IDEF1X, IDEF2, IDEF3, IDEF4 and IDEF5. However, for business process modeling, the most useful versions are IDEF0 and IDEF3.

Colored Petri nets are a graphical oriented language for design, specification, simulation and verification of systems. It is particularly well suited for systems that consist of a number of processes, which communicate and synchronize.

Colored nets are extended Petri nets in which symbols are differentiated by ‘COLORS’. A CPN model consists of a set of modules which each contain a network of places, transitions and arcs. The graphical representation makes it easy to see the basic structure of a complex CPN model, i.e. to understand how the individual processes interact with each other. CP-nets have a formal, mathematical representation with a well-defined syntax and semantics. This representation is the foundation for the definition of the different behavioral properties and the analysis methods.

This method is based on three concepts: objects that represent a real-world entity. An object has a state, i.e. one of the possible conditions in which the object may exist represented by the values of the properties (attributes). State changes are reflected by the behavior, i.e. how an object acts and reacts determined by the set of operations the object can perform on itself, and also knowing its interface, functions and methods. A set of similar objects is called class. For example, the attributes for the class animal are having four legs and a tail. Its behaviors are sleeping and eating. Then possible instances or objects of the class animal are cat, elephant, and horse.

Finally, messages are requests for the receiver objects to carry out the indicated method or behavior and return the result of that action to the sender objects. States change through behavior when the object receives a message. There are many different techniques based on OO. Unified Modelling Language (UML) is considered the standard OO modeling language. Coad and Yourdon’s method precedes UML.

Workflow is a flow of tasks between computer applications or people in an organization. Two or more members of a workgroup to reach a common goal can define a workflow as well as any task performed in series or in parallel. The work flow is more than a technique to model a process. It is a method to analyze and improve a process, including its modeling.

Simulation model comes in handy when you want to study a complex real-world system. You want to learn more about the system to make an informed decision but the complexity of the system prevents you from doing that directly.

Therefore you proceed indirectly by creating and studying another entity (the simulation model), which is sufficiently similar to the real-world system. Simulation can have many forms (for example, discrete-event simulation, continuous simulation, system dynamics, Monte-Carlo simulation, qualitative simulation, etc.).

Most of the legacy systems are outdated or used sparingly. However, it must be noted that some of them are used far more effectively in other industries and for different purposes.

For example, Gantt charts are not very effective as a business process modeling technique but they are extremely useful to monitor timelines in complex projects. Similarly, flowcharts are great to quickly describe uncomplicated processes. One might argue BPM helped popularize those techniques.

Hope now you have a good understanding of the BPM techniques. We’ll be discussing the importance of the BPM methodology  through our next article.

5 Tips to Master the Art of Business Process Modeling

Importance of Business Process Modeling for Your Business 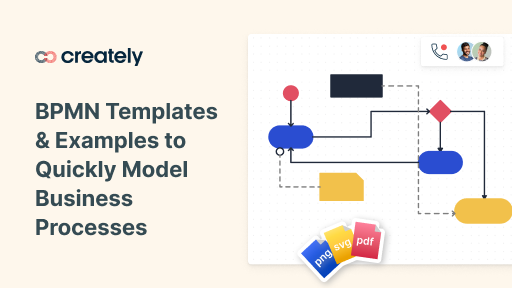