Note: As a startup ourselves we love to hear about other startups. We hope you will also love this story and take some important lessons from it.

We launched our software in January, just a bit over 6 months ago, and since then, it’s been a world of learning.

Some things we expected, and others came completely out of left field.

Here’s a summary of the major hurdles involved in running a startup.

“All Cliches Are True”

We might as well just get started with this one – cliches are by and large, true.

What are some startup cliches you’ve probably heard:

Over the last 6 months I’ve experienced this virtually every single day.

Out at a restaurant – thinking about my startup.

Watching TV – thinking about my startup.

It occupies a lot of mental space, and as someone who has a girlfriend who requires normal human attention, it can be difficult to turn the switch off.

Without a doubt, it has been the most time intensive undertaking I’ve ever voluntarily signed up for.

And the worst are the constant ups and downs.

On the one hand, month over month growth is, more or less, on an upward trend – but we don’t live month to month, we live day to day, and that’s completely all over the place.

How the growth varies day by day

One day a dozen people will sign up to test it out, and the next day – no one. For one reason or another daily growth is not smooth, it seems to come in spurts, and those highs and lows create emotional highs and lows where one day you’re on top of the world and the next you’re wondering how it all fell out from under you.

In short, be prepared for a wild ride.

Customer Service Is A Competitive Advantage (And Maybe Your Only One)

Although our product has come a long way, for a long time it was clearly worse. It had less features, a worse UI, and performed slower than the other guys.

But for some reason or another, people still used it.

And for these people, and everyone since then, we’ve always delivered excellent customer service.

Because there’s no excuse not to.

And frankly, it’s a competitive advantage.

We try to be on 24/7, because a customer who needs help wants it immediately, and if they don’t get it, they might just not log in again – ever.

We even have a way to book a call with us in the app itself:

And people schedule calls with me, daily.

Plus, we’ve extended our support to our website visitors through a live chat, and from time to time have caught the other guys sleeping.

Here’s what happened while a GroupHigh visitor was waiting for a response:

I’ve even tested the competitor’s customer support response times, sending emails to them asking questions, only to find out it took them days to respond.

Although a 14 day free trial seems like a long time, usually it’s only a handful of customer log ins, which means you have to make each and every one of them count.

When people feel like you’re there with them, they get a sense that they can succeed because they have an expert on the tool supporting their every action.

And, as a company, when we know we have limits as to what we can do to further develop the product, the best thing we can do is to empower our users through awesome customer support.

There’s Always Someone Around The Corner

When we first started Ninja Outreach, we were the new kids on the block.

We focused on differentiating ourselves by having a cool brand and doing a lot of content marketing and blogger outreach to get the word out, which our competitors were not doing.

A few months later and our strategy hasn’t changed – we’re still cool, we’re still doing marketing that no one else is doing.

But we’re not the only ones, and some of them are even newer than us.

Just a few months ago another influencer marketing software launched, and is already starting to get exposure, to the point that some of our current customers are asking questions like:

“When are you going to have feature X like they do?”

I’ve gotten this question a million times before in regards to our late stage competitors, and it never bothered me too much because I knew the expectation was that we would be behind on features.

I anticipated that question.

But when you start getting that question in regards to a product that has just launched, it definitely makes you feel uneasy – in fact, this is probably how our competitors felt when their customers asked about us!

Realistically, I try not to get caught up with the competition; they do their thing and we do ours. Hopefully the market is large enough that it will never really make a difference, and often digital marketers use multiple tools anyways.

All the same, just because you’re new and different, it certainly does not mean that no one else can be new and different too. The same lack of barriers to entry that allowed you to get involved and take market share are open to other people as well.

The Market Will Be (And Should Be) Bigger Than You Think

We try to have a target market in mind when we design our tool. For us, it’s digital marketing agencies that do blogger outreach and are looking for a software solution.

We expected that this was thousands of agencies worldwide, and it is.

What we didn’t expect was how many other types of businesses would be interested in the software, such as:

The list was a lot larger than our initial thought, and I now begin to look at our market as being in the millions.

In many ways this is good – it means there are a lot of people out there interested in what we’re doing.

But it also makes it difficult to tailor your marketing and copywriting – who should you be speaking on your website?

We try to mention the various things you can do with NinjaOutreach without being unfocused, for example:

But inevitably you have to lead with something that targets whoever you believe your best, early adopters are, and for us that’s still about finding influencers.

This is going to have to suit us for now until we have a more general answer to interest people with.

Agile Does Not Mean Fast

Agile is a term used often in the startup world.

It references the fact that startups can move fast and make quick decisions because they aren’t bogged down by the common bureaucracy that plagues larger corporations.

If they want to change something on their website – they just do it; no manager sign off, no conversation with legal, etc.

However, in my experience this applies much more to decision making than execution.

Execution, especially in the software world, is slow, regardless of how quick you make a decision. We’ve had many changes and improvements that have been sitting on the back burner for months, on account of lack of resources.

Sure, from time to time we have agile development, whereby a small feature we just thought of can be implemented in a day and launched to our users tomorrow, without any crazy product specs.

But more often than not, running a startup on a lack of resources is seems more or less equivalent to running an organization with limitless resources but a ton of red tape. Each has their frustrations as to why something isn’t getting done as fast as we would like.

So, has it been worth it?

Simply put, I can’t imagine doing anything else, despite the difficulties.

What have you learned from your business?

David Schneider is the Content Director at NinjaOutreach an all in one Influencer Outreach software for marketers. He blogs about business at SelfMadeBusinessman. You can also find him on twitter @ninjaoutreach

How To Price Your Web App (SaaS) Without Losing Customers 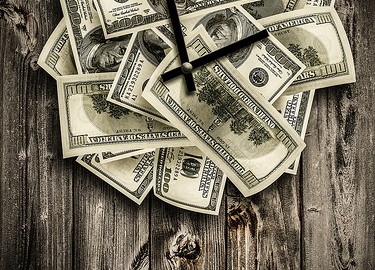